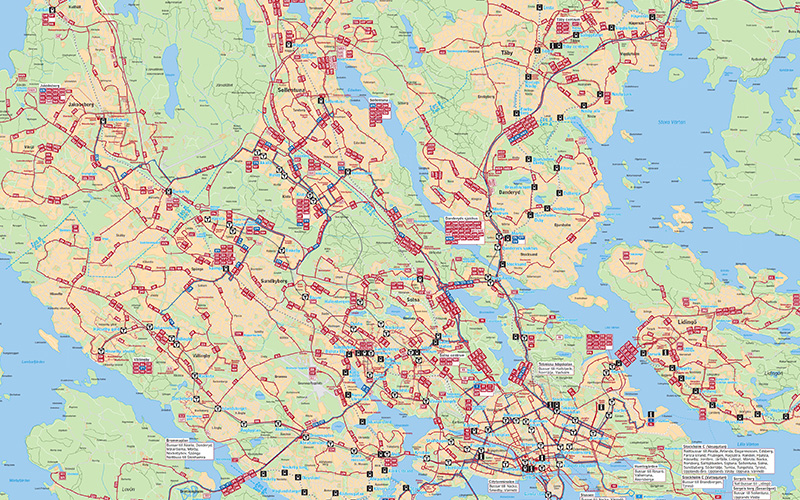 Storstockholms Lokaltrafik (SL), the transport organising authority in the Stockholm region, issued a call for the operation of a bus network in Upplands Bro / Järfälla for the period 2016/2024.

In this call for tender, a significant share of the operator’s income was determined by the number of passengers using the lines. Therefore, an accurate estimate of the numbers of passengers on the bus lines between 2016 and 2024 and in-depth discussions of the network developments (in particular in view of the arrival of the underground in the district), were essential for Transdev Sweden in order to prepare its bid.

Process data on passenger volumes and on the offer so that it can be integrated in the framework determined by SL.

Transamo’s intervention to assist Transdev Sweden between January and July 2015 allowed for appropriate proposals to restructure the network in support of the growth of the population and employment and the development of the public transport offer in the sector. It also enabled Transdev to commit to contractual passenger forecasts with the organising authority.

All the meetings and documents in this international study were in English.

Our staff also used and analysed documents supplied by SL in Swedish.