Study of the Grand Paris Express station hubs in Bondy

A study of inter-modality in the Pont-de-Bondy and Gare de Bondy station hubs in preparation for the arrival of the Grand Paris Express project. 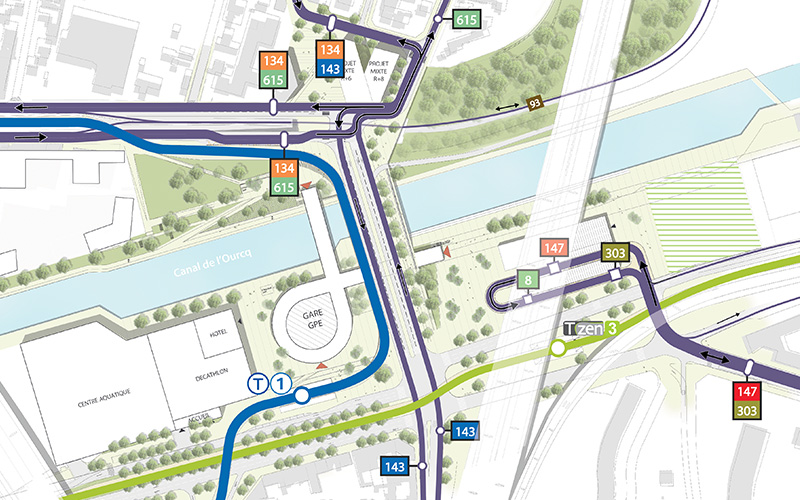 As part of the Grand Paris Express (GPE) project, Société du Grand-Paris (SGP) is funding the inter-modality projects proposed by local authorities. By 2030, the Bondy RER and Pont-de-Bondy stations will respectively receive 10,000 and 2,500 incoming passengers every morning.

Goal of the mission

The Gautier Conquet-Transamo grouping, assisted by CDVia, was chosen to conduct the studies of these two hubs. The study proposed different development scenarios. One of these scenarios will be taken forward with a view to entering two formal contracts for the hubs.

Elaboration of the scenarios

Formal definition of the hub projects