INAUGURATION OF THE BASEL TO SAINT LOUIS TRAMWAY EXTENSION 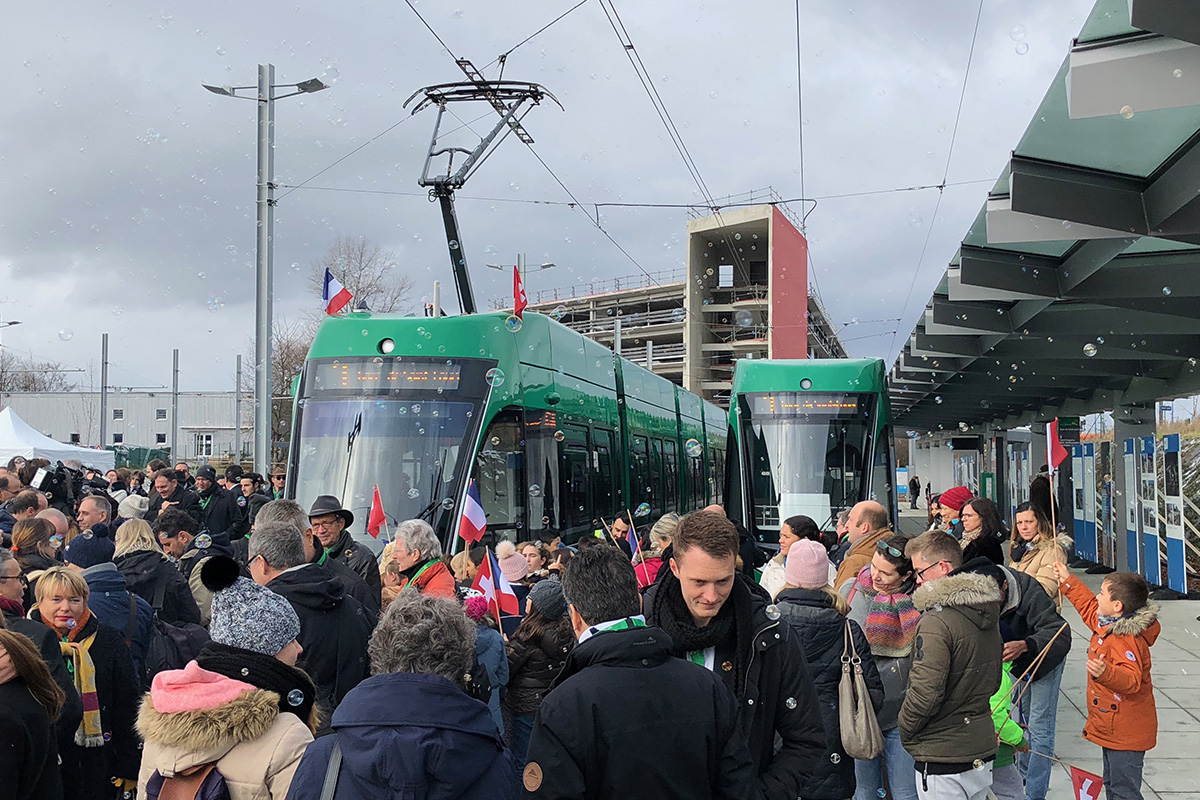 The tramway Line 3 extension from Basel to the Saint Louis station was inaugurated on the 9th December 2017 with nearly a thousand guests in attendance.

The celebratory day marked the end of a ten-year cross-border project led by Transamo, which was also appointed as authority’s representative for the Saint Louis urban area for four of those years.

The commitment of teams from the Saint Louis urban area combined with Transamo’s expertise and the collaboration of its Swiss partners made the project of connection between the two areas a brilliant success.

The Tramway Line 3 project in figures: