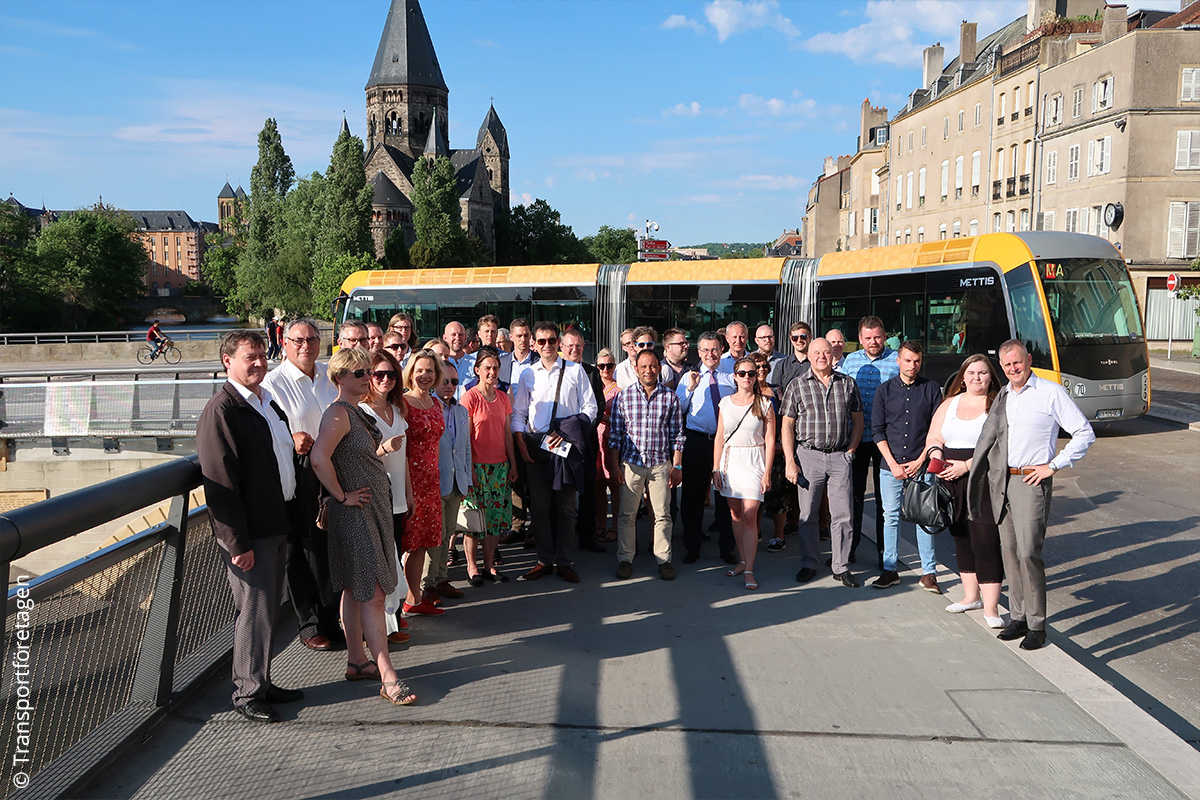 Four years after its launch, the BRT service in Metz continues to attract visiting delegations from France (Bordeaux, Nantes, Toulon…) and around the world (Canada, Colombia…). The Metz Métropole authorities host a delegation every month! At the request of TRANSDEV, Philippe Niay (head of the Transamo mission in Metz from 2009 to 2013) and Hervé Roussel accompanied a Swedish transport association on May 29th and 30th. The group was sizeable: 45 representatives from PTAs, public and private operators (including TRANSDEV), town planning agencies, research teams and consultants. The first afternoon was devoted to a presentation of the project design and steering, as part of TRANSAMO’s support services encompassing project management, infrastructure, ITS and rolling stock. The next morning was spent at the Maintenance Centre built at the time of the launch, along with a visit to the Operations Control Centre, the depot and workshop where technical questions about double-articulated hybrid diesel-electric buses were addressed.

Operated by a para-public company under a 12-year delegated public service contract, METTIS has proven to be a commercial success, with peaks of 40,000 passengers a day, it already outstrips the ridership target of 35,000 passengers a day, though the economy and population of the region have been stagnant. Off-peak hours have shown the strongest growth in ridership since peak hours were at saturation from the very first day! The local authorities are working with the school and university administrations to adapt class hours to help reduce the morning and evening rush, with some early signs of success. Thanks a complete reorganisation of the bus network, the number of journeys has risen on all lines, with total ridership growing from 15.5 million journeys per year before METTIS to 20 million journeys in 2016! Fare evasion is under control at about 10% on METTIS (boarding at all doors) and 2.5% on regular buses (front boarding only), i.e. an average of 6.5% for the entire system.